The Tibetan Terrier Breeder and Owners Club is based in the United Kingdom. This site features information on Tibetan Terriers from their Tibetan origins to modern day UK history. We provide information on health initiatives, show dates and judges, judging lists, show results, a list of TTBOC approved breeders, contact details for our Rescue and Welfare service, information on the World Congress, a Club section which details our history and activities, merchandise available for sale, form downloads for membership application, breeder’s list application and judge’s list application, and much more.

Brought my first TT in 1980, bred my first litter in 1982, kept 2 bitches who gained their stud book numbers and 1 became my first of many Champions. Another sister was the mother of the Breeds all time Top Winning Bitch. Have served TTBOC as committee member and officer since the late 80’s. I judge at Championship level in the UK & aboard and am honoured to be judging Crufts 2021.

I came to Tibetan Terriers relatively late in life in 1998 when I met Ken Sinclair of Araki Tibetan Terriers. Initially saying I was happy to watch from the side-lines and groom it wasn’t long before I was “persuaded” to enter the ring, I bred with Ken under the “Araki” affix and was fortunate enough to breed and own Ch. Araki Fabulous Willy who needs no introduction of his own.

I branched out on my own in 2005 running my boarding kennels and breeding under my own affix of “Tetsimi”. I am fortunate to have bred another top winning dog in Ch. Tetsimi Moves Like Jagger.

I joined TTBOC as a committee member in 2003, and have since been in treasurer and now club Secretary. I have helped with coordinating the rescue service and also edited the newsletter since 2009.

My first Tibetan Terrier came to live with us in 1997 her name was Humbug (Tanafei Humbug).

I joined the TTBOC committee in 2006 and I am now the treasurer.

We now have four TT’s, a mother and daughter and mother and son.  I am a Kennel Club Assured Breeder.

I enjoy showing my dogs and my highlight was Zara (Ch. Kyipo’s Dramarama of Avaness JW) becoming a champion.

My first TT was acquired in 1987, a little rescue bitch. I was already showing Briards and I thought my little TT was quite nice so had a go at showing her, she won a CC and RCC before developing Lens Luxation but by then I was smitten. I have served on a couple of open show committees and breed clubs and now help produce the yearbook for the TTBOC. I am now passed to give challenge certificates in TTs and Briards

A friend introduced me to showing back in the 80’s with Large Munsterland’s. While at a Championship show I saw a dog and fell in love, yes it was TT.

I got my first TT in 1984 and over the years have made many friends and am grateful for the knowledge they have shared. I have been on various open show societies committees. I joined the committee of the TTBOC in 2006 am the Membership Secretary. I steward at Championship/Open shows and judge TT’s and Tibetan Spaniels.

I have owned Tibetan Terriers since the early 1980’s. I have enjoyed every minute owning and many special dogs. My intention was not to show in the early stages but that changed.

I have been involved in TT Rescue and a Committee member of this club for many years and enjoy being involved in a breed I love, It is like being part of a family

I am currently the Club Show Secretary,  Breed Education Coordinator and most recently  Secretary for British Utility Breeds Association (BUBA).

Got my first show dog an afghan in 1977, have shown, bred and owned champions in Afghans, lhasa apsos and tts. Got my first tt in 1993 who became a champion and is still behind some of my breeding today. I give ccs in afghan hounds and tibetan terriers, my first set of ccs in tts was 2003 and have awarded 4 sets since.

I live in Berkshire with husband Brian and our small family of Tibetan Terriers. We have shared our lives with TT’s for the last 30 years. I have enjoyed competing with them in Obedience/Agility and showing in Breed. Over that time I have assisted with organising various TT activities which include Training workshops/TV/Photographics etc. I just love owning/working with these smart & mischievous little Tibetan guys.

I bought my first 2 TT’s in 1990 from Marilyn and Den Whiteman (Matsang) and have owned them ever since.

I currently have 3 TTs as well as 5 coonhounds!

I have been showing since 2000 and I am a CH show judge as well as rescue coordinator for TTBOC.

My venture into dog showing all began in 1984 when I had a brief spell showing Maltese Terriers.  A life change cut my show career short but I retained my interest in breeding and then on to owning a grooming business.  Another life change and I moved away from showing and breeding and instead owned and trained gundogs with my husband. Yet another life change, when I retired and came back into the show world courtesy of my daughter Elaine buying a Tibetan Terrier and asking my advice on showing!  Both our interests in the Breed stem from my time with the grooming business when I met some delightful TT characters!  I now have great fun showing my own TTs.

My parents owned and showed miniature poodles in the 60’s. After begging for a pony for my 12th birthday I agreed to settle for a Standard poodle instead who became my first show dog. Over the years I subsequently owned and made up two U.K. poodle champions and some abroad. I started judging the breed in 1976 and am passed to award CC’s in all 3 sizes of poodles. Some years ago my daughter became interested in Tibetan Terriers and we purchased a pup from Ken at Araki kennels to show alongside the poodles. Needless to say we became captivated by the breed and we now share our home with 8 TT’s and 1 poodle I judge Tibetan Terriers at open show level along with other utility group breeds 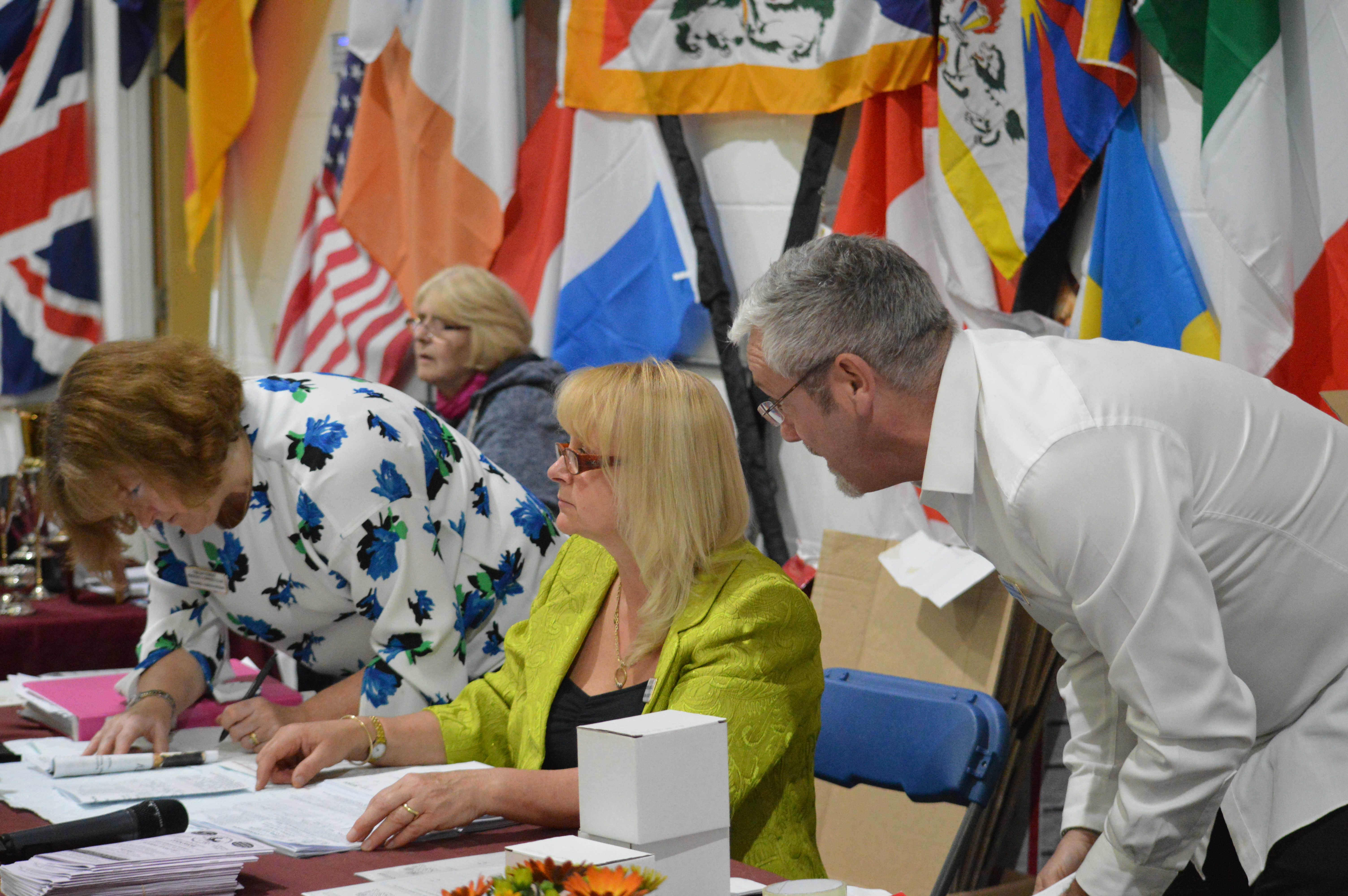